Today Kazatomprom, represented by UMP’s Uranium Division, can provide the following products on the world market:
• Fuel pellets for Russian design reactors, including the pellets with the addition of burnable absorbers;
• Fuel pellets for light water power reactors, including those for AFA 3G fuel for French Framatome designed reactors.
In addition, the technology used at UMP for the production of uranium oxide powders makes it possible to produce ceramic-grade uranium dioxide powder enriched up to 5% in 235U by processing a wide range of uranium-containing materials. 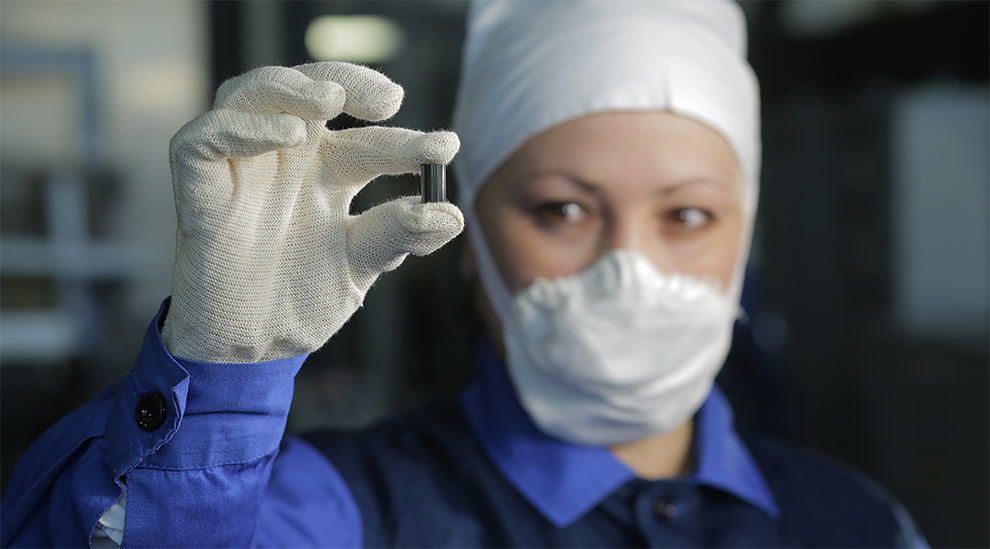 Kazatomprom, together with its partner, the Chinese General Nuclear Energy Corporation CGNPC, implemented a project on the basis of UMP JSC on construction of a plant for the production of fuel assemblies (FA) to be used at nuclear power plants in the PRC as nuclear fuel. In December 2020, the plant was put into operation with an opening ceremony in November 2021. Ulba- FA LLP received a certificate from the French Framatome, which confirms that the plant can manufacture AFA 3GTM design fuel assemblies in the amount of 200 tons of uranium per year. In addition, all the requirements of CGNPC-URC, the purchaser of fuel assemblies, were met and the status of a certified supplier for the PRC nuclear industry was obtained.

Since 2013, Kazatomprom, through the Russian-Kazakh Joint Venture Uranium Enrichment Center JSC, has had an access to uranium enrichment services in the amount of up to 2.5 million SWU per year until 2043. The specified uranium enrichment option is used by Kazatomprom JSC to ensure the output of Ulba-FA’s products.
The Ulba Metallurgical Plant has been selected by the International Atomic Energy Agency (IAEA) as a site for the Low Enriched Uranium (LEU) Bank. The LEU Bank is a physical stock of low-enriched uranium in the form of UF6 with a total mass of about 90 tons suitable for the manufacture of nuclear fuel for a standard light water reactor, the most common type of nuclear power reactor in the world.
The purpose of establishing the IAEA LEU Bank is to provide IAEA member states that do not have uranium enrichment technologies with a guaranteed supply of raw materials for the production of nuclear fuel. In the event of an interruption in the supply of this raw material, consumer countries can use the material stored in the LEU Bank.
The UMP site was chosen as the one that best meets the IAEA criteria: availability of infrastructure and qualified personnel, reliable physical protection system, transport infrastructure and accessibility. In addition, the IAEA safeguards regime has been operating at the plant for 20 years. 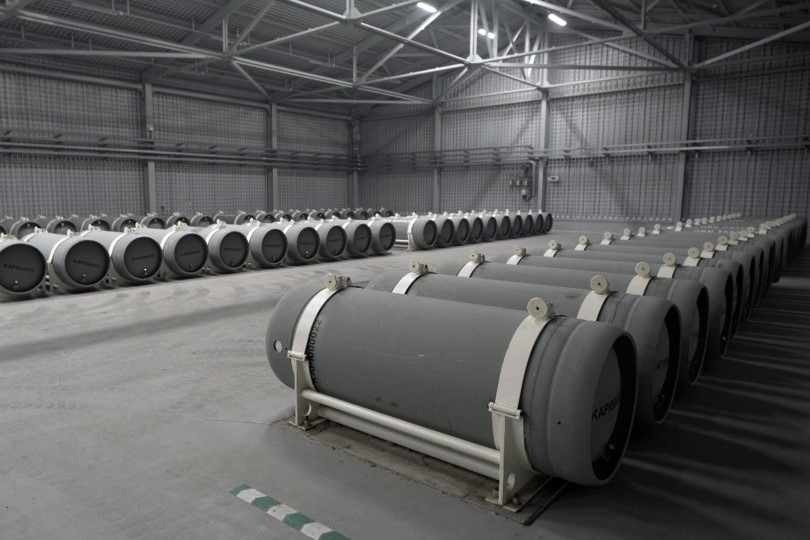 On December 28, 2018, Kazatomprom, UMP and Cameco concluded an Agreement on granting the right for Kazakhstan part to use uranium refining and conversion technologies.
On January 28, 2020, the technologies were transferred to Kazatomprom. Currently, in order to assess the possibility of introducing the obtained uranium refining technology, UMP is implementing the investment project “Building 600. Reconstruction. Refinery production of uranium nitrous oxide with a capacity of 6,000 tons of uranium per year.